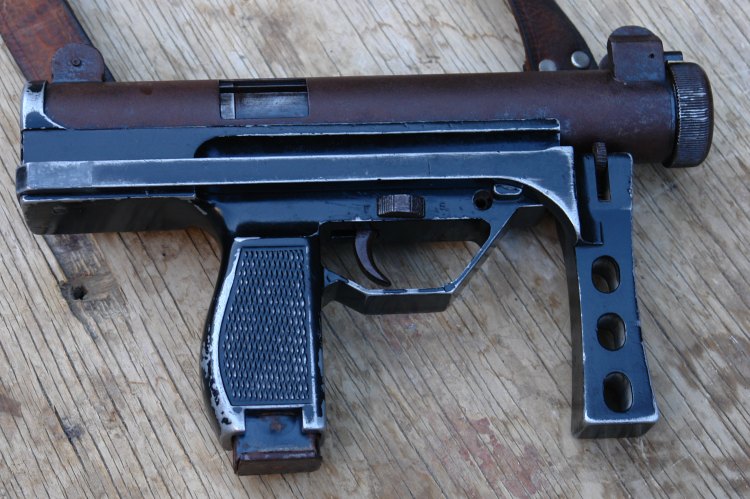 MGP-84 submachine gun was developed during second half of 1980s by SIMA-CEFAR (Servicios Industriales de la Marina-Centro de Fabricacion de Armas), arms manufacturing branch of the Peruvian Navy. It was intended to replace aged Micro-Uzi submachine guns and FN Browning “High Power” pistols in service with Peruvian Special Forces. Production of the MGP-84 commenced in 1989, and it is in use by Peruvian military and certain Special Forces of other Latin American countries.

SIMA-CEFAR MGP-84 submachine gun is a simple blowback weapon, firing from open bolt in single shots and full automatic modes. Bolt is of telescoping design, with most of its length located in front of the breech face. Fire mode selector / safety switch is located on the left side of the gun, above the trigger. Magazines are inserted into the pistol grip and compatible with Israeli UZI submachine guns. Shoulder stock is made from metal and folds forward and to the right. When folded, shoulder stock buttplate can be used as a forward grip for non-firing hand. For Special Forces use, MGP-84 can be equipped with removable sound suppressor (silencer).