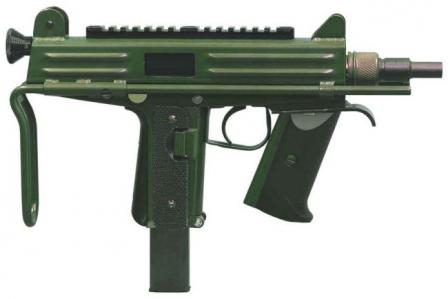 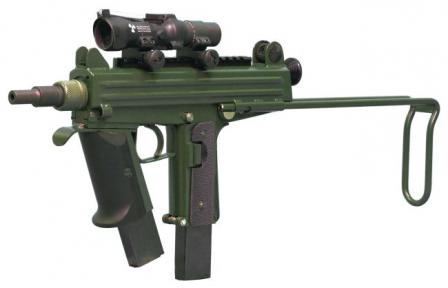 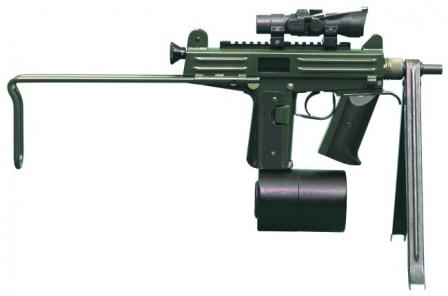 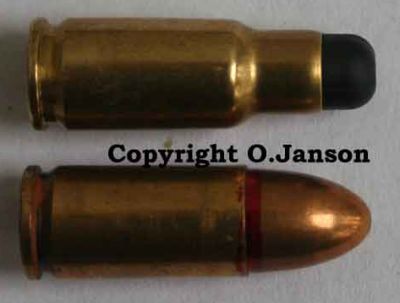 The CBJ-MS personal defense weapon (provisionally known during early 2000s as SAAB-Bofors CBJ-MS PDW) is a brainchild of a Swedish arms designer Bertil Johannson, who established a private arms-making company CBJ Tech AB, which is located in Sweden. The CBJ-MS stands for 'CBJ Modular System'. The SAAB-Bofors association was temporary, as this Swedish military industry corporation briefly sponsored this project during early 2000s, when British military expressed their interest in CBJ-MS system as a possible Personal Defense Weapon. For various reasons British interest in CBJ-MS quickly declined, ad SAAB-Bofors withdrew from the project, but the CBJ Tech company still continues development of this interesting weapon (gun + ammunition) system.
The core of the CBJ-MS system is its special ammunition, nominally marked as 6,5×25, which fires a variety of high-velocity projectiles. The primary loading is a saboted sub-caliber tungsten projectile, with caliber of 4mm (0.16") and weight of 2 gram (31 grain). This armor-piercing projectile is enclosed into lightweight polymer sabot, and when fired from 200mm (8") submachine gun barrel, muzzle velocity is as high as 830 m/s (2723 fps). This provides significant armor penetration, defeating standard CRISAT target at 230 meters or 7mm rolled steel armor at 50 meters. For use against unprotected targets, CBJ offers a spoon-tipped sub-caliber 4mm bullets, which will readily tumble upon impact with the body, to cause significant wound cavity. Same cartridge case also can be loaded with full-caliber 6.5mm bullets of various design. It must be noted that 6.5×25 CBJ ammunition can be used in a variety of weapons, originally chambered for 9×19 ammunition, with just replacement of the barrel and return springs, as the CBJ case is based on 9×19 cartridge case stretched forward and necked down to 6.5mm.

The CBJ-MS Personal Defense Weapon / PDW is a blowback-operated, selective fire submachine gun which is broadly based on the Israeli UZI submachine gun. Barrel of CBJ-MS PDW is rifled, and can be easily removed from the gun for maintenance or replacement (with barrel of same or alternate caliber). CBJ-MS PDW fires from open bolt in standard configuration, but an alternative bolt system with separate firing pin can be installed for firing from closed bolt (for higher first-shot accuracy). Firing mode (single shots or full automatic) is selected by the pull on the trigger – short pull results in single shots, and full-length pull results in automatic fire. Charging handle is located on the back of the weapon, is fully ambidextrous and does not move when gun is fired. Magazine is inserted into pistol grip, and a spare box magazine can be carried inserted into the front grip. Standard magazine is of box type, holding 20 or 30 rounds, but a high-capacity 100-round drum magazine is also developed for special applications. CBJ-MS PDW is equipped with adjustable open sights, and a Picatinny rail is provided on the top of receiver for installation of various optical sights. CBJ-MS PDW is equipped with retractable shoulder stock made from steel wire, and can be fitted with detachable bipod.

Special thanks to Olof Janson(Sweden) for images and information.