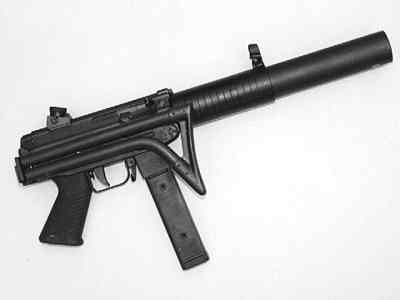 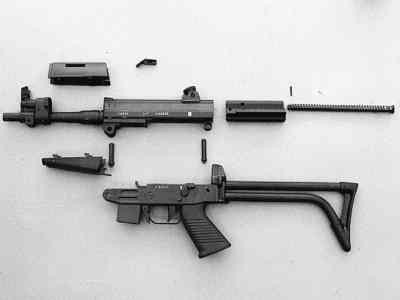 The S.A.F. SMG was developed and is manufactured by Chilean company FAMAE. The S.A.F. design is based on SIG 540 assault rifle, designed in Swiss and manufactured in Chile by FAMAE under license from SIG.

The S.A.F. SMG is in service with Chilean Armed Forces and Police.

Technically, the S.A.F. is a recoil operated select fire gun, firing from closed bolt. The triger/hammer group and floating firing pin design is similar to SIG 540, but the bolt is of new design. The receiver is similar in design to SIG 540, and is of folding type (upper and lower receivers are assembled by two steel pins, much like the M16 receiver does). The S.A.F. has ambidextrous safety/fire selector switch with four settings – safe, single shot, 3 round bursts and full auto. S.A.F. SMGs are manufactured with side-folding or fixed polymer buttstocks. Silenced version, with folding buttstock and integral silencer is available for special forces use. S.A.F. has post front sight, ajustable wor elevation, and aperture rear sight, ajustable for windage. S.A.F. uses 20 or 30 rounds magazines made from transluscent polymer. Magazines had special studs and slots that allowed two or more magazines to be clipped together for quicker magazine change.