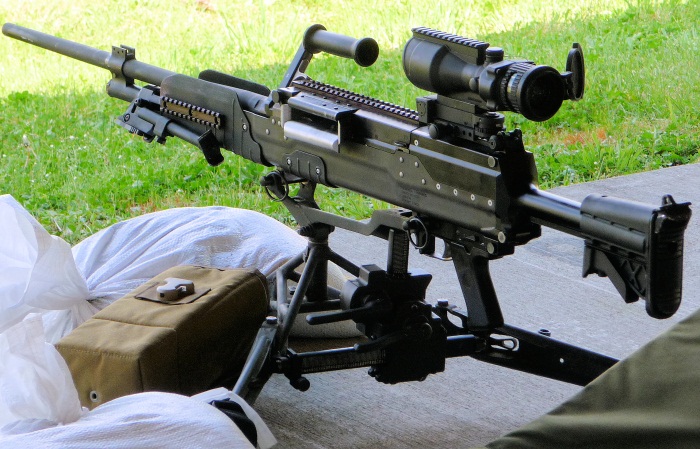 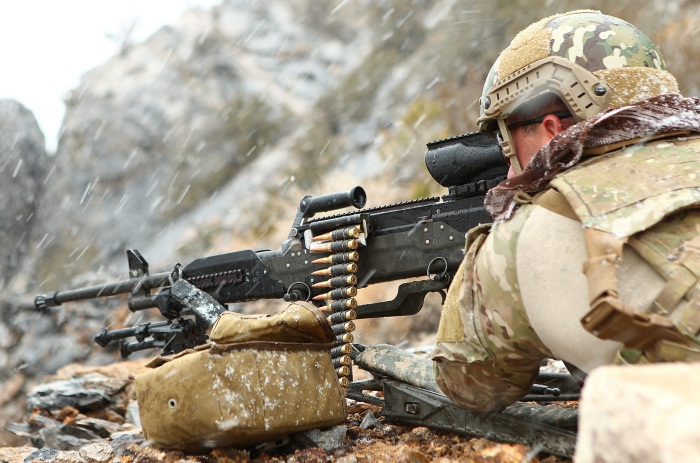 Lightweight Medium Machine Gun (LWMMG) is the new, prototype weapon developed by US defense industry giant General Dynamics. LWMMG was first displayed to industry specialists during NDIA conference in May, 2012. It is yet to be seen if the weapon will live to expectations, and it seems that it has a long way forward for possible adoption.

The concept of the Lightweight Medium Machine Gun is apparently based on the current US Army doctrine for “overmatching capabilities”, requiring new weapons to provide more effect than weapons of its adversaries. In this particular case, LWMMG is to overmatch small arms (7,62mm rifles and machine gun), widely employed by insurgents in Iraq and Afghanistan. Until now, small units of US Armed forces had small arms (rifles and general purpose machine guns) with more or less matching capabilities in terms of range and lethality (hitting power).

338 Norma Magnum cartridge is a recent development. It has evolved from .338 Lapua Magnum cartridge by shortening the case and slightly altering its shape, to ensure same overall length as .338LM with longer heavier bullets with outstanding ballistic properties. In its basic form, .338 NM cartridge, when fired from LWMMG, launches very low drag Sierra MatchKing bullet weighting 19.44 gram (300 grains) at 808 m/s (2650 fps), with muzzle energy in excess of 6300 Joules (4600 ft-lbs).

The key to light weight and relatively moderate peak recoil of the LWMMG is patented “Short Recoil Impulse Averaging” technology, which is an adaptation of the old “differential firing” principle, previously used in the XM806 .50 caliber machine gun, also developed by GD. In this system, entire barrel / barrel extension / gas system / bolt assembly is allowed to recoil inside the outer housing. The bolt group cycles inside the barrel extension in a usual manner, feeding, firing, extracting and ejecting rounds, while entire assembly slides back and forth, noticeably decreasing peak recoil forces. Another feature of this system is that mechanism is timed to fire each round while the recoiling group is still moving forward, further decreasing peak recoil.

The LWMMG is a belt-fed weapon, with left-hand side feed. It uses specially designed disintegrating metallic belt with steel links similar in design to US M13 7,62mm links, but made appropriately bigger to accept larger .338NM cartridge. Feed is of push-through type.

Existing prototypes of the LWMMG are fitted with pistol grip and trigger below the receiver, and telescoping shoulder stock at its rear end. Gun can be fired from integral folding bipod, from M192 tripod (originally developed for M240 and M249 machine guns), and from variety of vehicle mounts. Sighting means are provided via NATO-standard (Picatinny) accessory rail, which can accommodate wide variety of day- and night-time sights, depending on the upcoming mission profile.