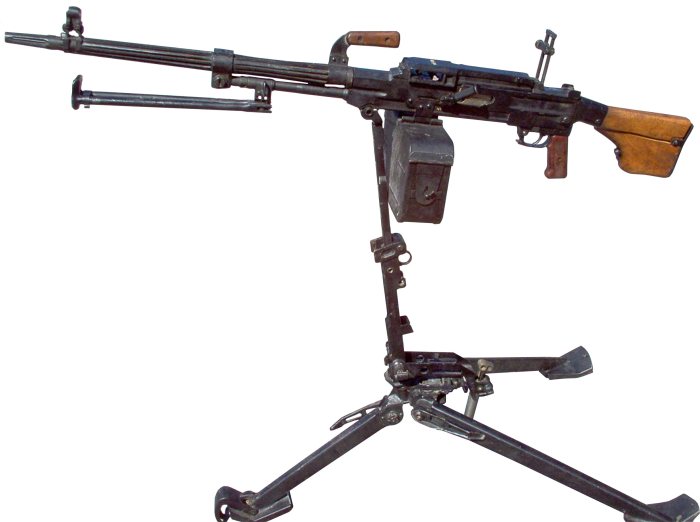 The KGK universal (general purpose) machine gun was produced in Hungary during the 1960s and 1970s. It is based on the Soviet Goryunov SGM medium machine gun, adapted to a universal role by the installation of a pistol grip below the receiver and a rifle-type shoulder stock, which replaced the dual spade grips of the original SGM. It was used by Hungarian army on a limited scale and was later replaced by domestically produced copy of the Kalashnikov PKM machine gun.

The KGK universal (general purpose) machine gun is gas operated weapon with long stroke gas piston which is located below the quick-change barrel. It fires from open bolt, in full automatic mode only. Barrel locking is achieved by tilting rear part of the breechblock to the side, where it locks into the cut made in the receiver wall. The SGM / PK type non-disintegrating steel belts with closed pockets are used to feed the KGK, and similar belt boxes can be attached below the receiver. Gun is equipped with integral, folding bipod, and also can be used from lightweight folding tripod with AA adapter or from various vehicle mounts.