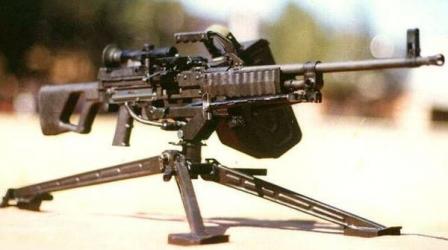 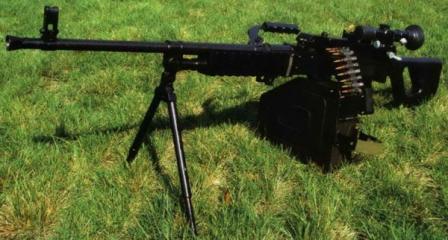 The Type 88 general purpose machine gun(Chinese designation QJY 88) is intended to replace obsolete Type67 machine guns in service with PLA. New weapon uses recently adopted 5.8mm ammunition of Chinese origin, although it is believed that a special loading with heavier bullet is used for this weapon, as opposed to QBZ-95 assault rifleand QBB-95 light machine gun. Despite the"type 88" designation the gun is relatively young, as it is believed to enter the service during first years of 21st century.
It must be noted that according to available information Type 88 machine gun isnot so popular among its users in PLA. While it is somewhat lighter than previous Type67 GPMG, it also lacks its range and lethality; compared to western 5.56mm LMGs such as FN Minimi, Type 88 is significantly heavier,while having almost same combat effectiveness.

QJY 88 is gas operated, air cooled, belt fed machine gun with quick-detachable barrel. Design is rather conventional, with long-stroke gas piston, located below the barrel,which operates bolt group with rotary locking. Feed is from disintegrating steel belts, from left side only. Special plastic container can be attached to the left side of receiver to hold the belt on the move. Gun is fitted with skeletonized shoulder stock, made of polymer, and integral folding bipod,attached to the gas block. For sustained fire missions QJY 88 machine gun can be installed on a special lightweight tripod. Standart sights are of open type,but a telescope or IR sight can be attached to the weapon if required.