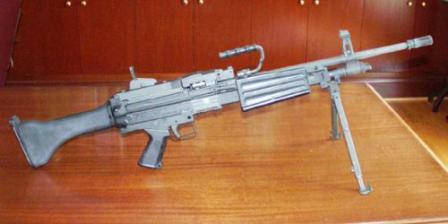 The Daewoo K3 had been developed by Daewoo precision Industries of South Korea, and was obviously inspired by Belgian FN Minimi (M249 SAW). It is in service with South Korean Army.

The K3 is a gas operated, ful auto firing weapon with rotating bolt locking. It can be feed from belt or from box magazines without any modifications. The barrel is quick changeable.