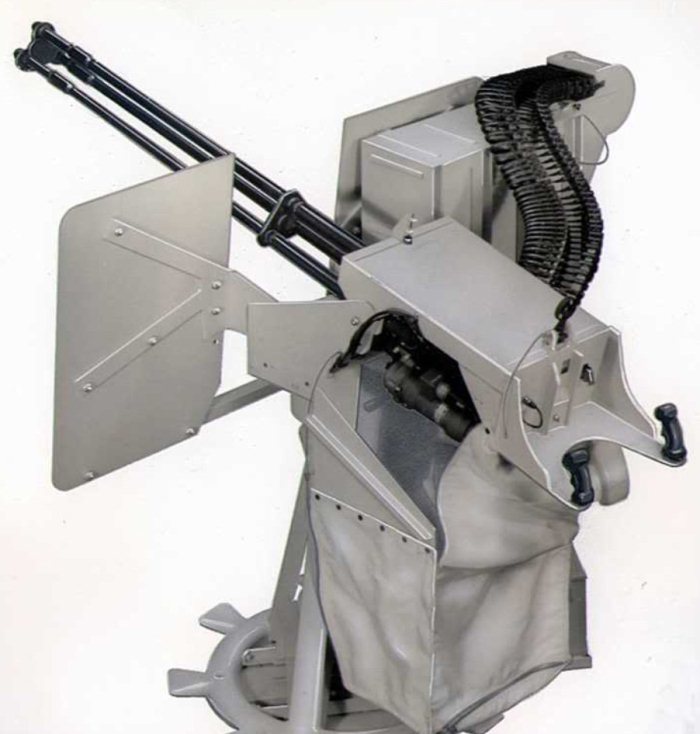 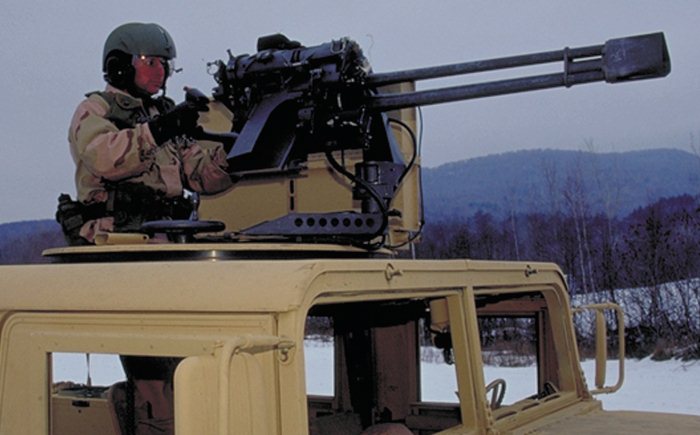 Externally powered heavy machine gun of 0.5” caliber was developed by US-based General Electric Company during 1980s, as a possible armament for future combat helicopters and other aircrafts, such as V-22 “Osprey”. Originally known as GECAL .50, this machine gun was derived from earlier 7,62mm M134 “Minigun” by scaling it up to accept .50BMG / 12.7mm ammunition. Early versions of GECAL 50 were produced with 6 barrels, but production models were reduced to 3 barrels in cluster to reduce weight. These weapons were adopted by US Army and Air forces as GAU-19/A heavy machine guns, and mounted on several types of light combat helicopters, HMMWV combat vehicles, military ships (for close in-shore defense against incoming fast surface crafts) and fast boats, used for Commando-style operations. In 2011 General Dynamics, current manufacturer of GAU-19/A machine guns, presented the GAU-19/B version, which is noticeably lighter, and is intended mostly for airborne use on light combat helicopters.

GECAL-50 / GAU-19/A heavy machine gun is an externally powered weapon of Gatling type. It uses built-in electrical motor to rotate barrel cluster (which has three barrels) and operate feeder-delinker unit. Bolts are cycled through cam-shaped path inside the gun housing, continuously feeding, firing and ejecting spent cases from barrels as they rotate. Gun is fed using standard M9 disintegrating belts, same as used in Browning M2HB heavy machine gun. Since the belt links have closed loops, each cartridge is pulled out of the links by the feeder-delinker unit before presenting it to the gun for loading. Rate of fire is controlled by electronic circuit, and can be adjusted up to 2000 rounds per minute, although GAU-19/B is limited to 1300 rounds per minute due to lighter barrels. GAU-19/A machine guns can be mounted in aircraft gun pods and flexible or fixed aircraft mounts. Surface use includes ring-type mounts installed on the roof of the HMMWV vehicles and pedestal mounts used on naval ships and fast boats. Some types of mounts include integral ammunition containers (with typical capacity between 500 and 1500 rounds) and dedicated battery to operate the gun. Firing controls normally include dual spade grips, attached to the gun cradle, with electric triggers and safety switches.