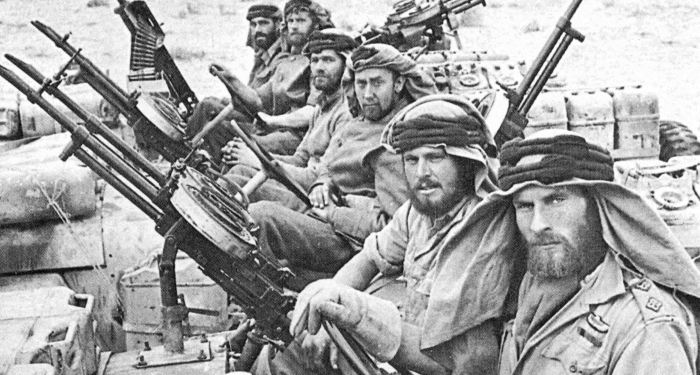 Vickers Class K aircraft machine gun was developed in 1928 by famous British company Vickers & Armstrong as a defensive weapon for military aircrafts. Its design was based on patents of the Frenchman Andre Berthier, and the Vickers Class K (such was its commercial / factory name) was developed in parallel with Vickers-Berthier light machine gun. Vickers Class K was officially adopted by British Royal Air Forces (RAF) in around 1934, to be installed in manually operated mounts in a number of British aircrafts. It was also sold for export. In service it was generally known as Vickers Gas Operated machine gun, or Vickers GO or even just VGO in short. Following swift evolution of combat aircrafts it became obsolete by 1940-41, and after the Battle of Britain (1940) RAF started to replace magazine-fed VGO machine guns in manual installations with belt-fed Browning machine guns in multiple-gun power operated turrets. Therefore, a number of serviceable Vickers GO machine guns became available, and these guns were issued to ground RAF units for airfield defense roles, in a variety of improvised AA mounts. Once RAF has set up its famous Commando unit, Special Aircraft Service (SAS), this unit also obtained a number of VGO machine guns to arm its Jeeps, using improvised single and twin mounts. Same guns were also used to arm jeeps and trucks of other British Commando units, such as LRDG (Long Range Desert Group, also known as Desert Rats, which operated against Germans in North Africa). Commandos liked VGO machine guns for their reliability and high rate of fire, which was well suited for their ‘hit and run’ tactics. All these guns were used mostly in their original shape, using whatever mount was available. Starting about 1943, RAF also procured a dedicated ‘Land Service’ version of the Vickers GO machine gun, known as VGO No.2 Mk.1. Originally intended for RAF airfield defense units, these guns were remanufactured from original VGO No.1 Mk.1 aircraft guns. A number of these ‘Vickers GO Land Service’ machine guns found their way to a variety of British Commando and Recon units which operated in Europe during 1944 and 1945. Once the war was over, all Vickers GO machine guns were declared obsolete and subsequently removed from service.

Vickers class K / Vickers G.O. machine gun is gas operated weapon, firing from open bolt in full automatic mode only. Its gas cylinder is located below the barrel, and long stroke gas piston operates a vertically tilting bolt. Feed is from top-mounted flat pan magazines with nominal capacity of 100 rounds, although it was customary to load only 96 or 97 rounds to ensure most reliable feeding. Gun is fitted with a single spade grip at the rear of receiver, with trigger to control fire. In ground applications, it was normally mounted on single or twin pintle mounts on various jeeps and trucks.
Vickers GO No.2 Mk.1 Land Service machine gun differs from its parent weapon by having spade grip replaced with short wooden stock at the rear and a pistol grip with trigger below the receiver. A short forend or a folding carrying handle are added below the gas cylinder, and folding bipod is attached to the gas block. New iron sights are provided on folding bases.