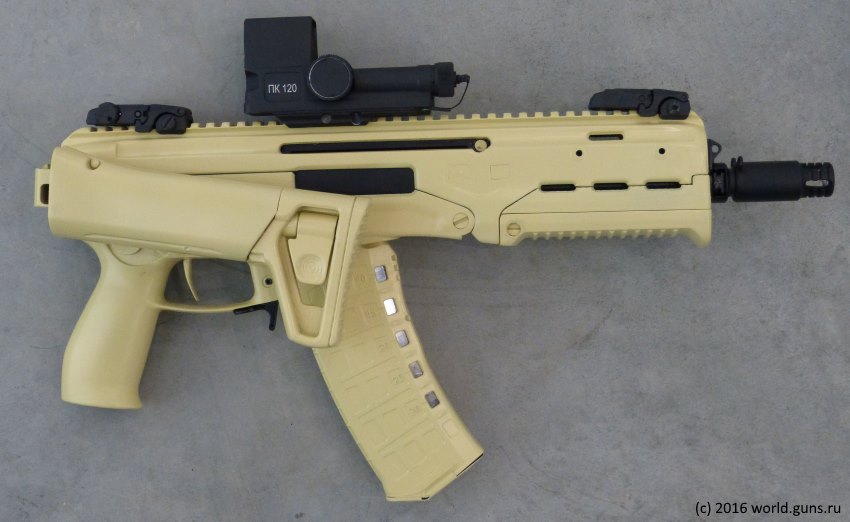 MA compact assault rifle is an initiative development of “Kalashnikov” concern. It is intended as a personal defense weapon for military personnel such as vehicle, tank and gun crews, radio operators, grenadiers etc. It is also can be useful for Special Operation forces operating in urban environment and in close combat. MA assault rifle also can be used as a concealment rapid reaction weapon for VIP protection teams. MA compact assault rifles can be seen as a lighter, more versatile and more ergonomics replacements for old AKS-74U assault rifles.

MA compact assault rifle was first displayed to the public during Army-2016 expo in September, 2016. At the moment of exhibition, it was still in final development and factory test stage.

All controls are ambidextrous, and rifle can fire in single shots and in full auto. It is equipped with side-folding and adjustable (telescoping) shoulder stock. A quick-detachable tactical sound suppressor can be installed on the muzzle. Gun is fed from standard AK-74 compatible magazines.