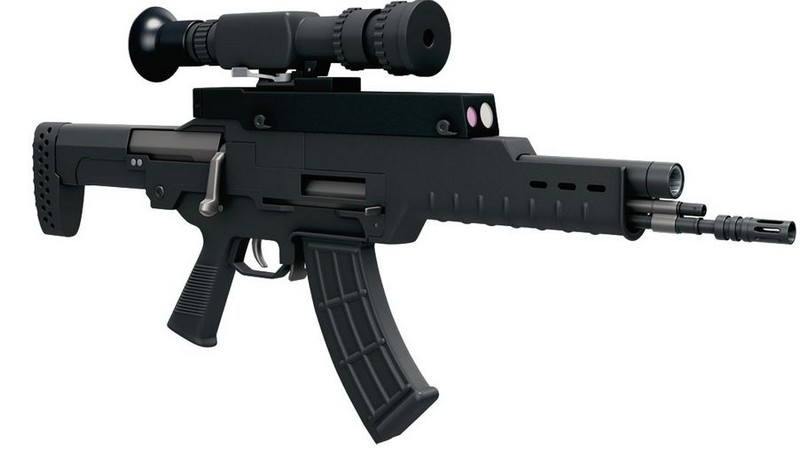 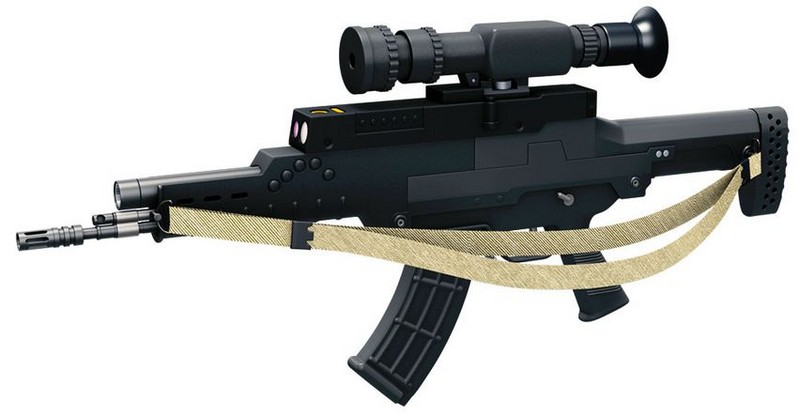 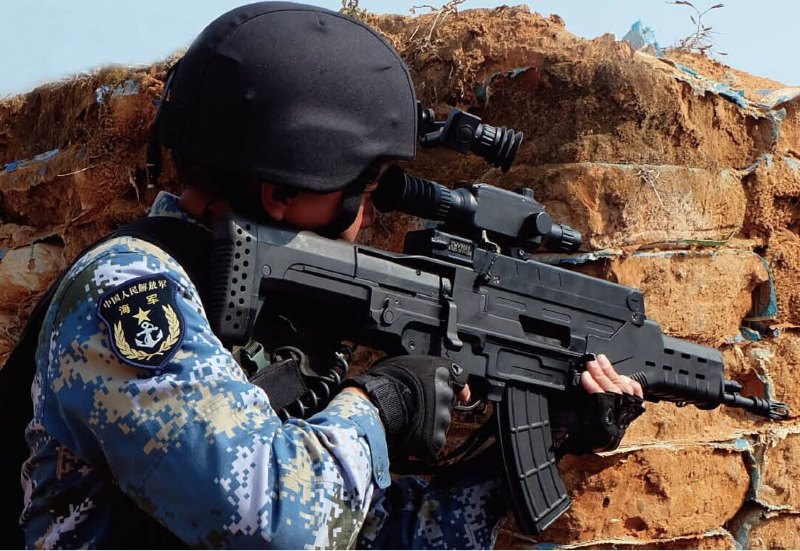 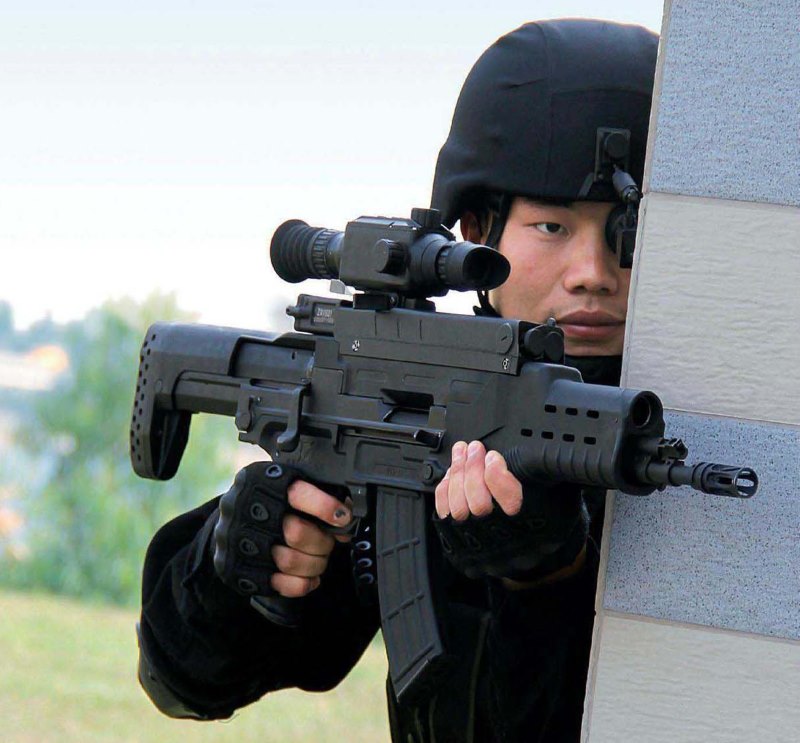 ZH-05 / QTS-11 assault rifle / grenade launcher system is an apparent Chinese answer to unsuccessful US XM-29 OICW system and a slightly more successful K-11 weapon system from South Korea. So far little information is available on the ZH-05, but it is believed to be in limited service with some PLA units.

ZH-05 / QTS-11 is a complex weapon which combines 5.8mm assault rifle, single-shot 20mm grenade launcher with several types of rounds, and an electronic sight which is used to accurately aim both barrels and pre-set electronic fuses of 20mm grenades for airburst at predefined ranges.

Rifle component of the ZH-05 is a most conventional one. It is apparently based on the Type 03 assault rifle and uses fairy typical gas-operated action and 30-round magazines.

The grenade launcher is integrated above the rifle component and is a single shot, breech loading bolt action weapon which fires specially designed 20mm rounds. Early versions of the ZH-05 / QTS-11 featured magazine-fed grenade launchers but current versions are single-shot to achieve necessary weight reduction. 20mm ammunition is available in several versions, with air-burst warheads pre-programmed through electronic sighting unit, armor-piercing grenades for use against lightly armored vehicles, and special “shrapnel” loads which might be useful against small moving targets such as tactical UAV. Muzzle velocity for 20mm rounds is listed as about 220 meters per second, with maximum effective range against stationary targets being 800 meters. Projectile weight is about 85 gram, killing radius of fragmenting warhead is claimed to be about 7 meters.

Sighting unit is an electronic device which includes laser range finder, ballistic computer and grenade programming interface. The optical sight, as it seems, is not integrated into the unit and can be easily replaced, making the system more affordable, extensible and flexible. Sighting unit can transmit it video feed to external display, i.e. to a helmet-mounted eyepiece, thus permitting for “around the corner” shooting without exposition of the shooter’s head and torso to the enemy fire.