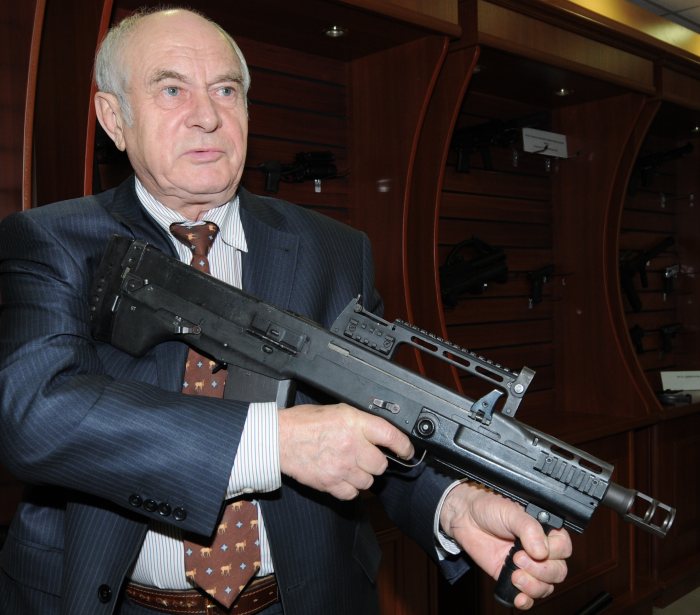 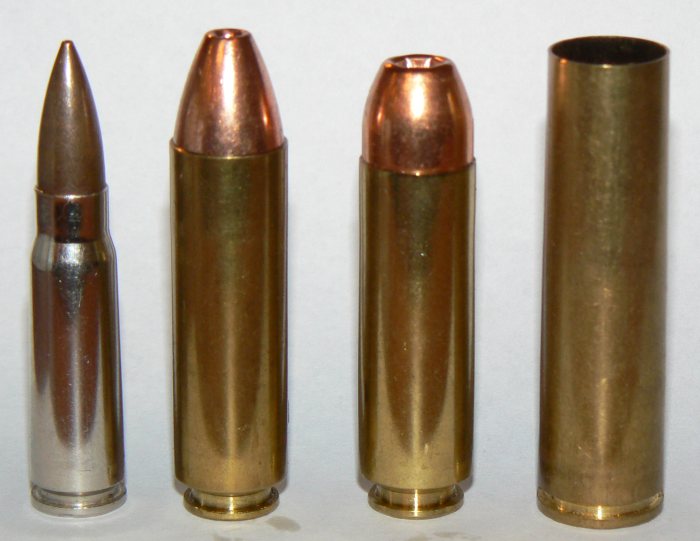 ASh-12 assault rifle (Штурмовой автомат АШ-12 in Russian) was designed by Tsentral Design bureau for Sporting and Hunting arms (ЦКИБ СОО, a subsidiary of the Tula Equipment Design Bureau, or КПБ). It was developed on request from Russian Federal Security Service (FSB) as an ultimate close combat “man-stopper” weapon for their elite counter-terrorist units. Adopted in 2011 along with specially designed ammunition, ASh-12 is employed as CQB weapon against most dangerous armed criminals or terrorists who has to be stopped, literally, with the first shot.

The ASh-12 assault rifle is unusual in that it uses short recoil operated action with rotary bolt loking. It is of bullpup layout, with steel upper receiver and polymer lower receiver. Ejection is to the right only. Manual safety is ambidextrous and is located above the trigger guard. Ambidextrous fie selector is located at the rear of the magazine housing and offers single shots and full automatic fire modes. Ammunition is fed from proprietary detachable box magazines holding 10 or 20 rounds. Rifle can be equipped with wide variety of sights and accessories using integrated Picatinny rails. It also comes with compact “tactical” suppressor (which is to be used with subsonic ammunition) and with larger and highly effective sound suppressor optimized for heavy subsonic loads.