Illustration of the balanced action, with dual, counter-moving gas pistons above the barrel. 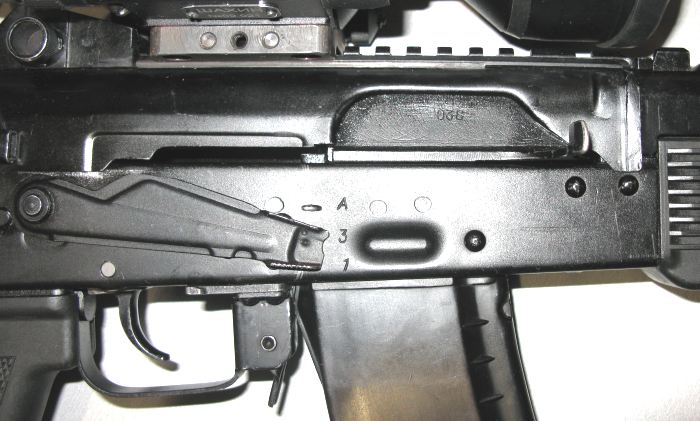 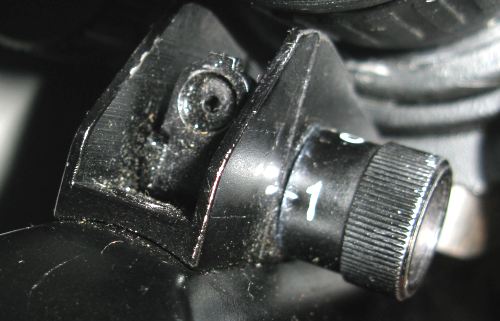 During 1960s and 1970s Soviet gun designers tried several approaches to improve hit probability of the standard infantry rifle, when firing in bursts / full automatic mode (which is primary mode of fire for ordinary infantry troops as per Soviet and Russsian field manuals and practice). One of such approaches is known as a “balanced action”. First developed during late 1960s by designers Alexandrov and Paranin in Izhevsk, and by Tkachev in Klimovsk, this system used a counter-mass to compensate the recoil impulse, generated by massive bolt group, slamming against the receiver in its rearmost and forward most position during the reloading cycle. The counter-mass is linked with second gas piston and moves in opposite direction to bolt group. Synchronization is achieved using a simple rack and pinion system. In this system, only the impulse of the fired cartridge is transferred to the receiver, and through the buttstock to the shoulder of the shooter. The impulses of the heavy and fast-moving bolt group are compensated by the counter-mass, and do not affect the shooting, unlike the AK where the moving bolt group produces a lot of additional recoil and vibration. The “balanced system” was employed in the AKB rifle, developed by V.M. Kalashnikov (son of the famous Mikhail Kalashnikov) in Izhevsk, and in the AEK-971 rifle, developed in Kovrov, both unsuccessfully tested during "Abakan" trials of late 1980s.
Despite the failure of both designs in the army trials, development was continued, with intention to produce weapons superior (in full automatic fire mode) to standard AK-74 for domestic police use and export. The Izhevsk entry, initially known as AKB, evolved into the AK-107 and AK-108 rifles, which differed only by the ammunition used – AK-107 was intended for domestic use and thus chambered for 5.45×39 ammunition, while AK-108 was intended for export and thus chambered for 5.56×45 NATO ammunition. Both weapons were widely advertised through late 1990s and early 2000s, although it appears that no significant orders were ever received by the IzhMash factory.

The AK-107 assault rifle is gas operated weapon with balanced action. It employs fairy conventional rotary bolt with dual locking lugs which is operated by long-stroke gas piston located above the barrel. To provide balancing action, secont gas piston is fitted in the front of the first one. When gun is fired, main gas piston moves rearwards, operating the bolt group, while balancing piston moves in opposite direction, being synchronised to the main one via simple rack and pinion system. In all other respects the AK-107 is quite similar to the standard AK-74M assault rifle, except that AK-107 / 108 were also offered with optional 3-round burst firing capability.

In 2011 IZHMASh has displayed an improved version of the AK-107, with apparent intent to offer it as a replacement for AK-74M assault rifles. Major improvements include new top cover with integral Picatinny rail and new rear sight, which is now of aperture (diopter) type.

Shortly afterwards all further development of the AK-107/108 was stopped; however, this design was used to develop a civilian semi-automatic Saiga-107 carbine, which is intended primary for sport (practical) shooting.