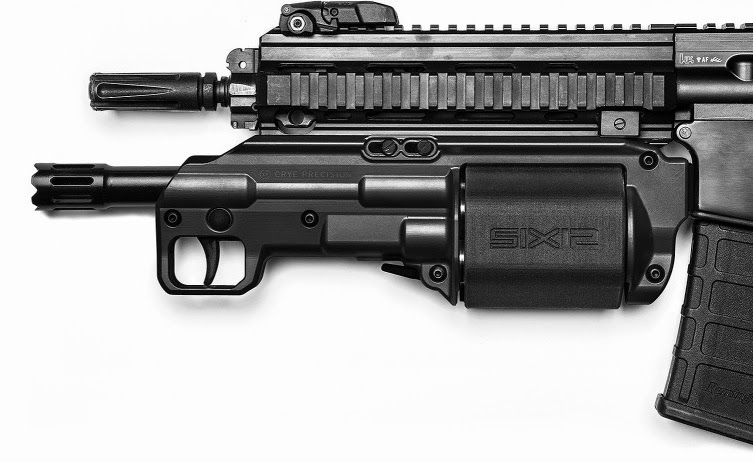 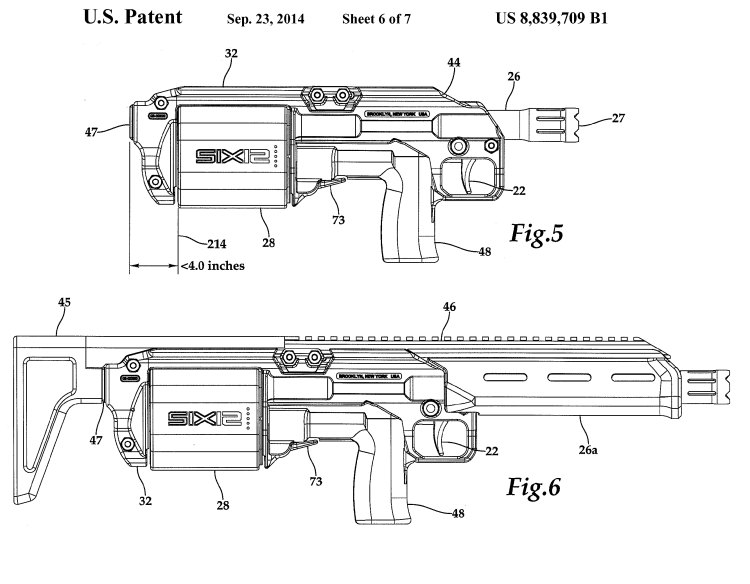 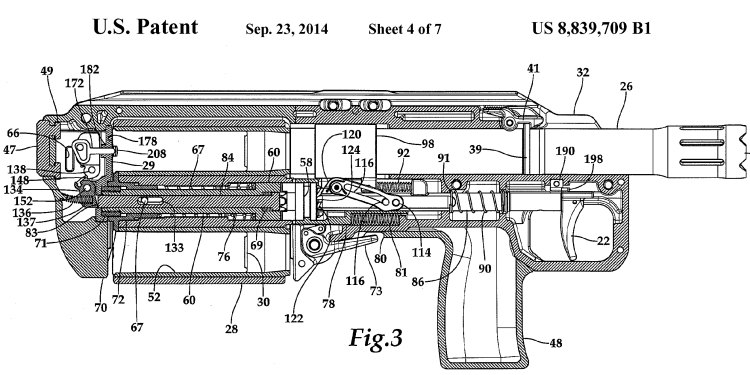 The Six12 revolver shotgun is an innovative product of US-based company Crye Precision. It was first announced to the public in January 2014 at ShotShow exhibition. Originally devised as an underbarrel breaching attachment for an assault rifle, this shotgun rapidly evolved into modular system, which can be used either as an underbarrel add-on weapon or as a stand-alone tactical shotgun. In either role, Six12 shotgun offers compact size, fast reloading and tactical flexibility.

Crye Precision Six12 is a manually operated revolver shotgun of bullpup layout. It uses detachable six-shot cylinders, made of plastic, with steel chamber inserts. Cylinders can be reloaded only when separated from the gun, and user can carry several spare cylinders, loaded with variety of loads (i.e. breaching slugs, less-lethal projectiles and buckshot), and quickly reload his gun according to the current situation. Due to the bullup layout, trigger is located in front of the cylinder, and is connected to the concealed hammer firing unit via push-link which runs through the hollow cylinder axis. Trigger is of double action only (DAO) type. Each pull of the trigger rotates the cylinder to align next chamber with the barrel. It also engages gas-seal sleeve which slides rearward around the rear of the barrel, to seal the gap between the front of the cylinder chamber and barrel breech. At the end of the trigger pull, internal hammer is cocked and then released to fire the gun. Cross-bolt button manual safety is located above the trigger. Furniture is made from polymer and its configuration depends on intended role of the gun. In “underbarrel” configurations, Crye Precision Six12 shotgun is equipped with horizontal foregrip behind a trigger guard or a conventional pistol grip, and attaches to the host gun using standard Picatinny rail system. In stand-alone configuration, Six12 is equipped with pistol grip and shoulder stock. Removable barrels are available in several lengths, according to intended roles and legislative limitations.