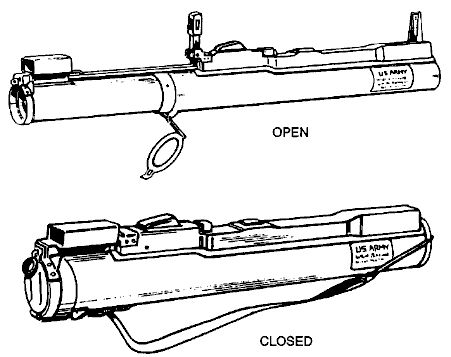 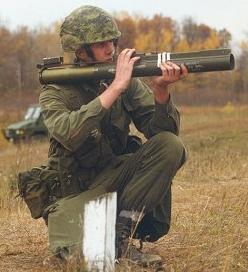 US Army started its search for an inexpensive, simple and effective one-man lightweight antitank weapon (LAW) in the middle 1950s. By the 1961, the Hesse Eastern Co developed a shoulder fired, disposable rocket launcher with HEAT warhead, which has been adopted by US armed forces as the M72 LAW. Based on the idea, first brought up by Germans during the WW2, the LAW provided individual infantrymen with lightweight, recoilless, disposable weapon, which was extremely simple to operate, and effective against armored vehicles and many types of field entrenchments and light fortifications. Widely used in Vietnam and in other smaller wars, M72 LAW provided soldiers with additional firepower. Adopted by several other countries, the M72 LAW is now being offered in the 'Improved LAW' versions by the Talley Defense Systems Co (USA), which offer longer effective range and better effectiveness against modern treats.

All weapons in the M72 family are of same basic design, and differ mostly in projectile and rocket engine types, as well as in safety measures. The M72 is a disposable, single shot rocket launcher pre-loaded with fin-stabilized rocket. The smoothbore barrel / container is made from two parts, aluminum inner tube and fiberglass outer tube. The inner tube is telescoped into the outer tube in storage / transport position, and is pulled out and to the rear prior to firing. The rocket is contained in the inner tube, and its solid-fuel motor burns out completely within the barrel. Because the barrel is open at the rear to avoid recoil, there is a dangerous backblast area behind the firing weapon, at least 15 meters (45 ft) long. In transport/storage mode both ends of the barrel are closed by the front and rear covers, which are opened automatically when inner tube is pulled out. This movement (opening of the launcher tube) also automatically cocks the firing mechanist and extends the open sights. The 'Improved LAW' series weapons have longer barrel tubes to accommodate longer warheads and more powerful rockets. The M72A4 and M72A5 warheads are optimized for greater armor penetration and are better suited for use against the tanks, while M72A6 and A7 warheads are optimized against targets such as APC / MICW vehicles, with lesser penetration but more significant behind the armor blast / kill effect.