Pzf 3 is being aimed by Swiss soldier. 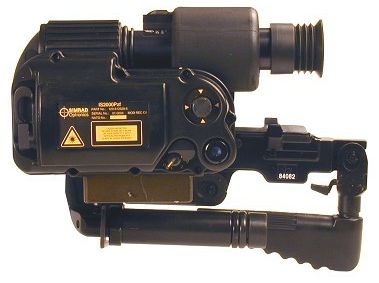 The Panzerfaust 3 (Pzf 3) is third-generation man-portable antitank weapon,which traces its origins to WW2-era Panzerfaust grenade launchers through 2nd-generation Pzf-44 Lanze of 1960s.development of a new anti-tank weapon for infantry was started in around 1978,under provisional name of Panzerfaust 60/100 (these digits represent calibers of the barrel and HEAT warhead, respectively). Limited production of the new weapon commenced in 1985, and mass production started during early 1990s. The basic weapon was adopted by Bundeswehr (German army) in 1992, and it was also adopted by Swiss army and number of other military forces. The Dynamit-Nobel AG, the prime contractor and developer of the Pzf 3, produced a number of improved versions of basic weapon; ammunition for Pzf 3 is also manufactured under license in Switzerland and South Korea. More than quarter of million of Pzf 3 rounds was produced by Dynamit Nobel by the year 2000.

Pzf 3 consists of two basic parts- a round of ammunition, pre-loaded into disposable launching tube / barrel, and reusable fire control and sighting unit. Before use, the loaded round is attached to the sight / fire control unit, aimed and fired. After discharge,empty barrel is removed from fire control unit and discarded, and a new round can be loaded and fired.

There are several types of rounds available for Panzerfaust 3, differing in the type of warhead, but basic principle is the same for all rounds. The system combines recoil-less Davis-type launch with countermass comprising of iron powder, and additional rocket booster, attached to the projectile. Rocket booster ignites once projectile is at safe distance from the shooter, and further accelerates the missile. Original projectile for Pzf 3 was fitted with the shaped-charge HEAT warhead, with armor penetration of about 40 cm. later on, Dynamit-Nobel developed a tandem warhead Pzf 3-T, which can defeat reactive armor plus some 70 cm of steel armor. The latest AT warhead in Pzf 3 line-up is the Pzf 3-IT round, with improved dual-mode tandem warhead.Pzf 3-IT warhead has a retractable nose rod with front charge; when it is used against tanks with reactive armor, the nose rod is extended before the launch,so front warhead can defeat reactive armor before the larger main warhead can deal with main armor of the target. If the intended target is a lightly armored vehicle or building, the nose remains collapsed, and main warhead initiates immediately upon impact with target. To deal with bunkers and other reinforced targets, Dynamit-Nobel produced so called Bunkerfaust projectile which has a follow-through fragmentation warhead. A number of other types of rounds is also available, including training / target practice subcaiber rounds and lightweight Pzf3-L with 90mm warhead that penetrates up to 50 cm of armor.

The fire control/ sight unit comprises the body with folding shoulder stock, and dual folding grips, front and rear. The firing unit has a mechanical trigger and manual safety, and in standard version hosts a telescope sight. The latest version of fire control unit, known as Dynarange, features a laser range finder and a ballistic computer, which is used to preset the aiming reticule according to the type of round used and measured range to target. This system almost doubles the effective range of fire for all Pzf 3 rounds, and is known as Pzf 3-600. the Dynarange sight is said to be compatible with all types of Pzf 3 rounds.