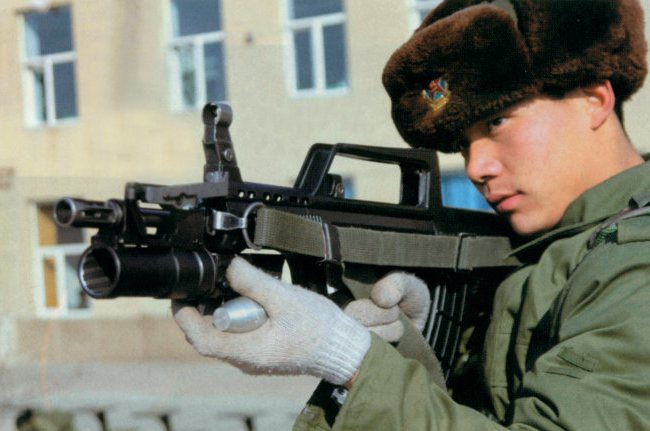 QLG-10 launcher is designed to fire 35mm “caseless” grenades, designated DFS-10. These grenades are designed after Russian VOG-25 grenades, in which propellant charge is placed in the base of the projectile, leaving nothing in the barrel after the discharge. Like its Russian prototype, the GP-25 grenade launcher, QLG-10 is a single shot, muzzle loading weapon with rifled barrel. Each DFS-10 grenade has pre-engraved rifling to provide in-flight stabilization by rotation. Each projectile weights 169 gram and has muzzle velocity of 78 meters per second. Standard loadings are HE-FRAG and HE-DP, as well as inert practice and certain “less-lethal” riot control warheads.


QLG-10 grenade launcher features iron sights, mounted to the left and above the barrel, with an optional red dot sight that can be installed over the iron sights base.