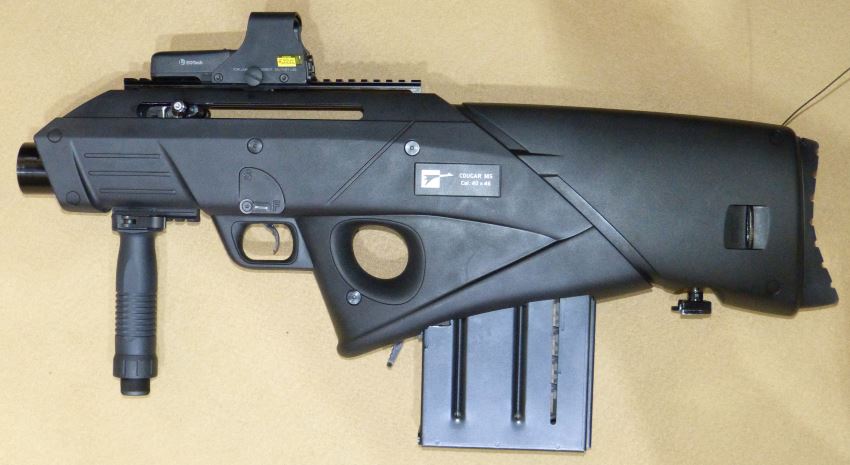 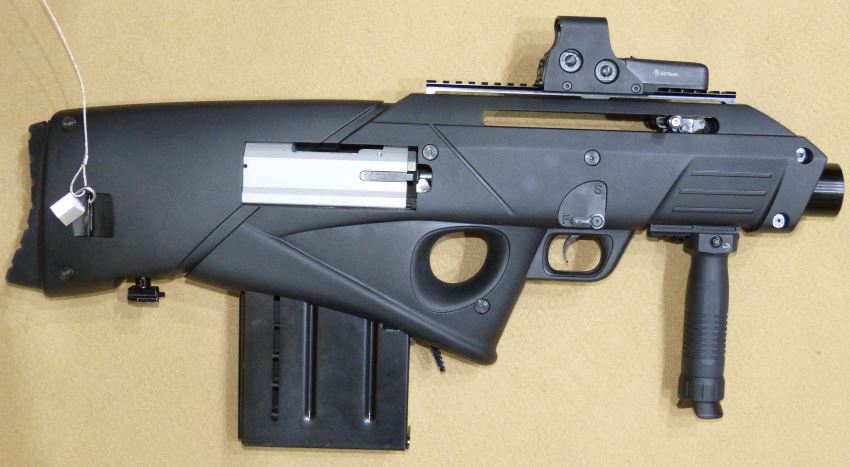 The 40mm Alsetex Cougar MS grenade launcher is a manually operated, multi-shot support weapon operated by one man. Originally it was designed to fire a wide variety of 40mm less-than-lethal rounds produced by Alsetex (flash-bang, tear gas, baton etc). It is also planned to be offered in a ‘fully lethal’ version that can fire most types of NATO combat  40mm LV ammunition, including fragmentation and incendiary shells.

The 40mm Alsetex Cougar MS grenade launcher is hand-held weapon with bullpup layout. It has a polymer outer casing. It’s cycled manually  by pulling charging handles located at either side of the gun, and fed from detachable box magazines. A variety of iron, red dot or other sights can be installed using the integrated Picatinny rail on top of the gun.