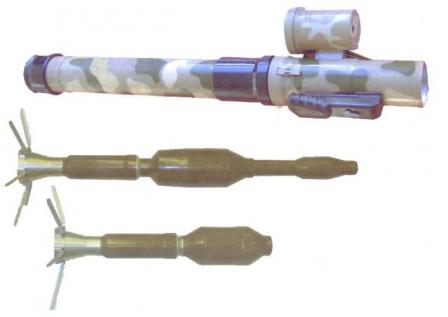 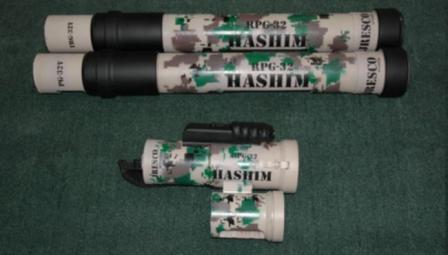 The RPG-32 multipurpose grenade launcher was developed between 2005 and 2007 by Russian state-owned FGUP  'Bazalt' organization on request and under contract from Jordan. First RPG-32 'Hashim' grenade launchers will be delivered to Jordan from Russia in 2008, but it is planned that mass production of RPG-32 and its ammunition will be conducted in Jordan under license at the JRESCO factory. The RPG-32 is a modular weapon that inherited proven and successful solutions in design of the weapon and rockets from earlier Russian grenade launchers, and it can be used to successfully engage and destroy a wide variety of battlefield targets, from modern main battle tanks and armored personnel carriers to bunkers, military equipment and troops in defilade or in the open. This versatility is achieved by using as much as four types of ammunition in one weapon – two types of 105mm rockets and two types of smaller and lighter 72mm rockets. In each caliber,there's a HEAT rocket (with tandem warhead in 105mm caliber, optimized against ERA-equipped tanks) and a FAE / thermobaric rocket with enhanced fragmentation effect, optimized against lightly armored and soft targets.

The RPG-32 multipurpose grenade launcher consists of a short, reusable launcher tube with grips, firing controls and sight mount, detachable collimating sight and disposable ammunition containers, which are pre-loaded at the factory and attached to the rear end of the launcher before firing. Once rocket is fired , theempty container is detached from the launcher and discarded. There are four types of rockets available for RPG-32, all ballistically matched to the maximum range – two in 105mm caliber and two in 72mm caliber.All use solid-fuel rocket motors which burn out completely while rocket is still in the launcher, and all are stabilized in flight using switch-blade type folding fins at the rear.