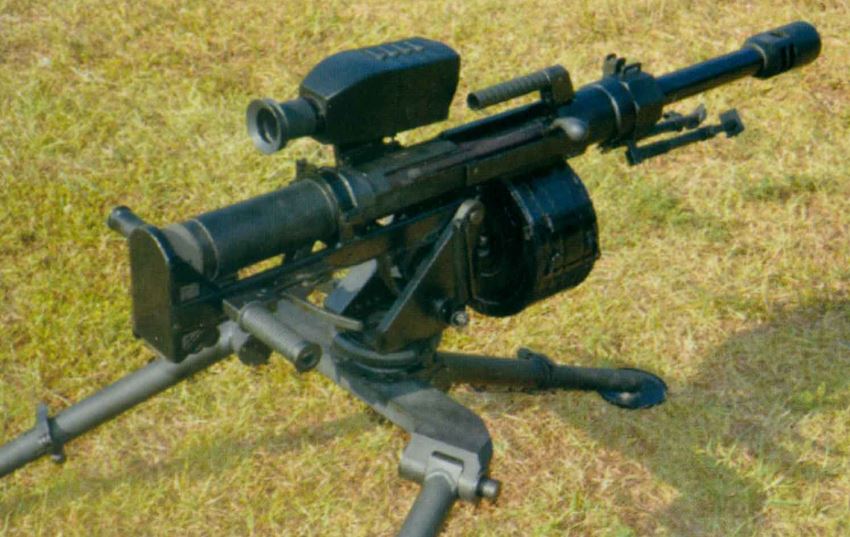 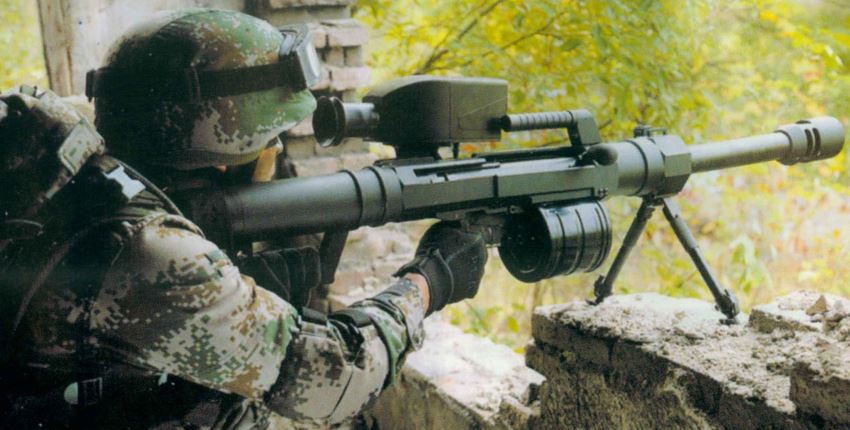 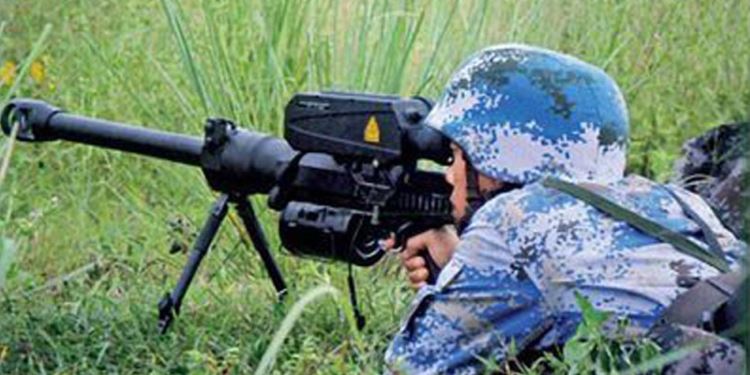 Designed in 2011, this remarkable weapon is available in two versions. The first, known as LG5 grenade launcher, is an export-only variant sold through NORINCO Corporation and chambered for the NATO-standard 40mm high velocity grenades (40x53mm HV). The second version, known as QLU-11 grenade launcher, is produced for domestic use in China by the PLA, and is chambered for indigenous 35mm grenade ammunition (35x32SR).

The LG5, in turn, is offered in two sub-models. The LG5s is a one-man portable, lightweight version. It can be fired from an integral bipod against point targets at ranges of up to 1000 meters. The LG5 is basically the same weapon, but equipped with a substantive tripod mount and magazines with extended capacity, to provide more effective area or long range fire.

While using Chinese-made BGJ-5 40mm “sniper grade” HE-DP ammunition, the LG5s grenade launcher is claimed to have 3-round R100 accuracy of 1 meter at 600 meter range. Basically, it means that with proper aiming at 600m meters it can put three subsequent high explosive rounds into a typical house window or door. It can also fire numerous other types of 40mm HV ammunition, but with less accuracy.

Accuracy figures for 35mm QLU-11 grenade launcher are not available at this time.

The LG5 / QLU11 grenade launcher presumably uses long recoil semi-automatic action with additional recoil buffer in the tubular stock. Ammunition is fed from detachable drum magazines with capacities varying from 3 to 15 rounds. 15 round magazines are usually employed when the gun is fired from its tripod. This grenade launcher is equipped with an integral folding bipod and can be mounted on a tripod or on a vehicle mount.

It’s equipped with back-up iron sights and a Picatinny rail above the receiver. The rail can be used to host various day and night sights, including an electro-optical sight with built-in laser rangefinder and ballistic computer. For LG5 and LG5s grenade launchers this advanced unit is an optional accessory. For the 35mm QLU-11 grenade launcher such a device appears to be the primary sighting equipment.

Rate of fire: ? rounds per minute