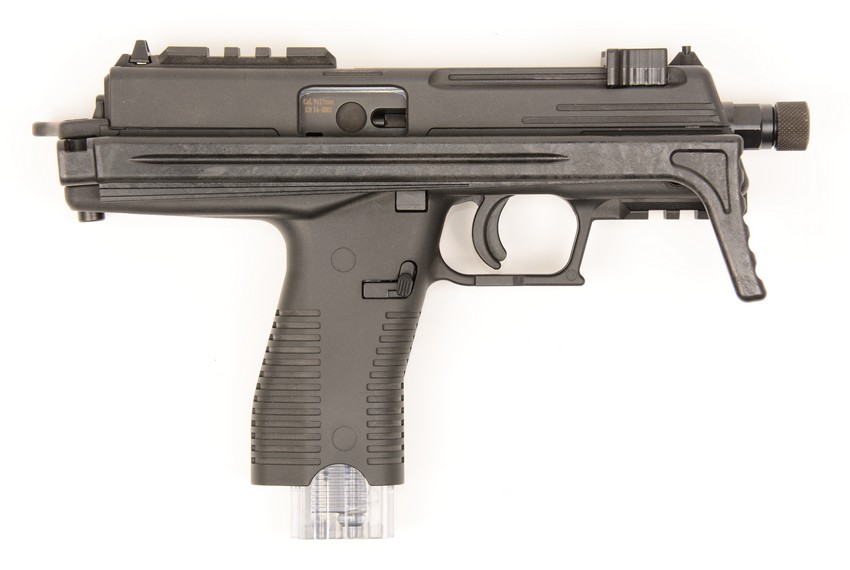 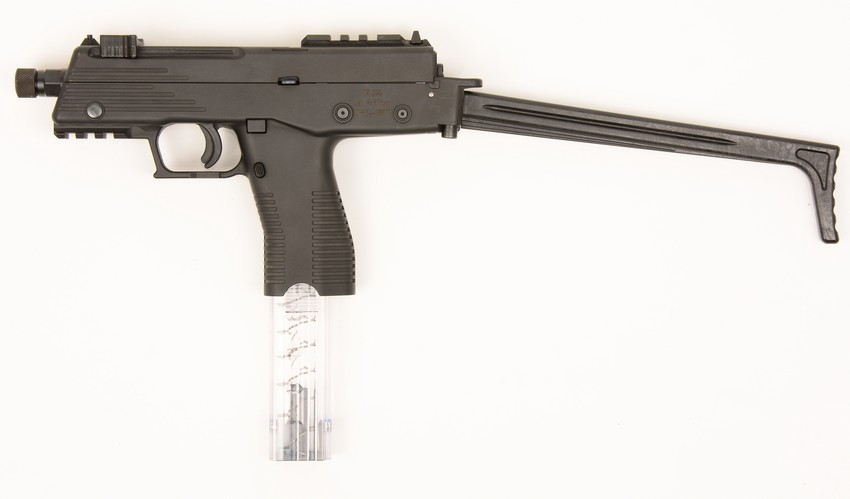 B+T TP380 semiautomatic carbine is a new product of the famous Swiss gun-making company B+T AG. It was first presented during IWA-2015 expo in Nuremberg, Germanyand is scheduled for production by mid-2015. This weapon is intended primary for civilian use, and suitable for training, plinking and home defense. It is especially useful to those who might be sensitive to recoil of more powerful guns, but still want or need a gun with decent firepower and stopping power. The TP380 is also targeted for the Latin American civilian market where the largest automatic pistol cartridge many shooters can have is .380 (9mm Corto in Spanish). It can be used as a carbine (thanks to its folding shoulder stock) or as a handgun.

B+T TP380 semi-automatic carbine is built using simple blowback action and fires from closed bolt. Charging handle is made in the form of dual sliders, located at the front top of the receiver. TP380 features lightweight polymer receiver. Feed is from high capacity double-stack box magazines, made from translucent polymer. Furniture includes side-folding stock. Open sights are integrated into the top of receiver as a standard feature. Top of upper receiver is provided with integral Picatinny rail. Additional Picatinny rail is provided in front of the trigger guard. Front of the barrel is threaded to accept sound suppressors, which are legal for civilian use in several European countries and in some US states.