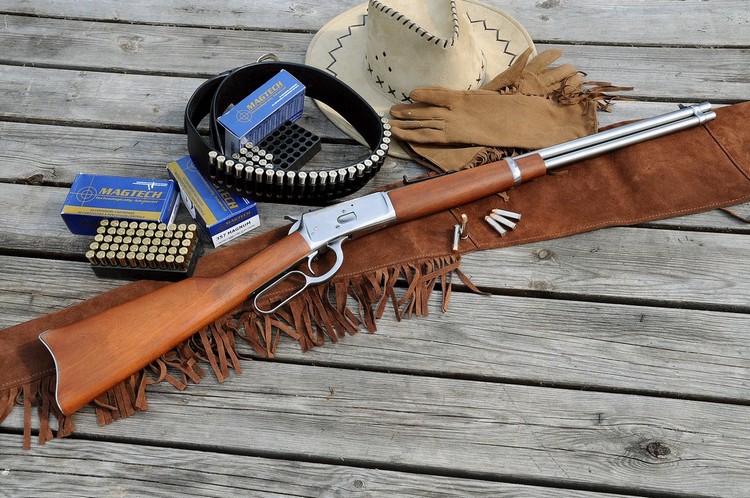 Rossi 92 lever action rifles and carbines are interesting little “old school” guns, suitable for many uses – hunting, plinking, sport shooting (under “Cowboy action” shooting sport rules), home defense. These rifles are manufactured in Brazilunder the Rossi brand since ninety seventies, and enjoy continuous sales success despite its age-long design and appearance. In fact, Rossi 92 rifle is a modern recreation of the old Winchester Model 1892 rifle, designed by famous American gun designer John Browning. Original Winchester 1892 rifles were discontinued from production many decades ago, and today Rossi 92 offers an inexpensive, but reasonably good alternative for anyone who wants a lightweight, handy, generally soft-recoiling (if you dismiss “heavy load” options like .454 Casull) weapon which also has an eternally classic look of the bygone Wild West era.

I must admit that I’m partial to this weapon, as I personally own a 20” stainless steel Rossi 92 in .357 Magnum and enjoy it very much. With little practice, my rifle is capable of good accuracy at 100 meters when shooting 158-gr .357 Magnum ammo. Recoil is quite manageable even with most powerful .357 Magnum loads. When shooting .38 Special loads, recoil and report are very mild, and generally similar to that of .22LR rifle.

Rossi 92 is a manually operated rifle which uses down-and-forward swinging lever, located below the grip to cycle the bolt, so it is generally known as a “Lever action”. All its major parts (receiver, bolt, and other internal parts) are made from carbon or stainless steel. Bolt is locked to the receiver by two vertically sliding lugs, operated by the lever. Ejection is through the open top of the receiver. Integral tubular magazine is located below the barrel and can contain 10 rounds in rifle configuration (with 50cm / 20” barrel) or 8 rounds in carbine configuration (with 40cm / 16” barrel). Magazine is loaded through the loading gate on the right side of the receiver, which is provided with spring-loaded cover. Rifle is provided with external hammer that has a half-cock safety notch, and an additional manual safety lever is located at the top of the bolt, locking the firing pin when engaged. All Rossi 92 rifles and carbines are equipped with wooden forends and wooden shoulder stocks with straight grips. Most versions feature crescent metallic buttplate, except for the most powerful .454 Casull variant that has rubber recoil-dampening buttpad. Standard sights include bead front sight and a range-adjustable buckhorn rear sight. Both sights are dovetailed to the gun, so they can be replaced with aftermarket iron sights of other types. Rear sight also can be replaced with Weaver-type rail for installation of red-dot or low magnification telescope sight.