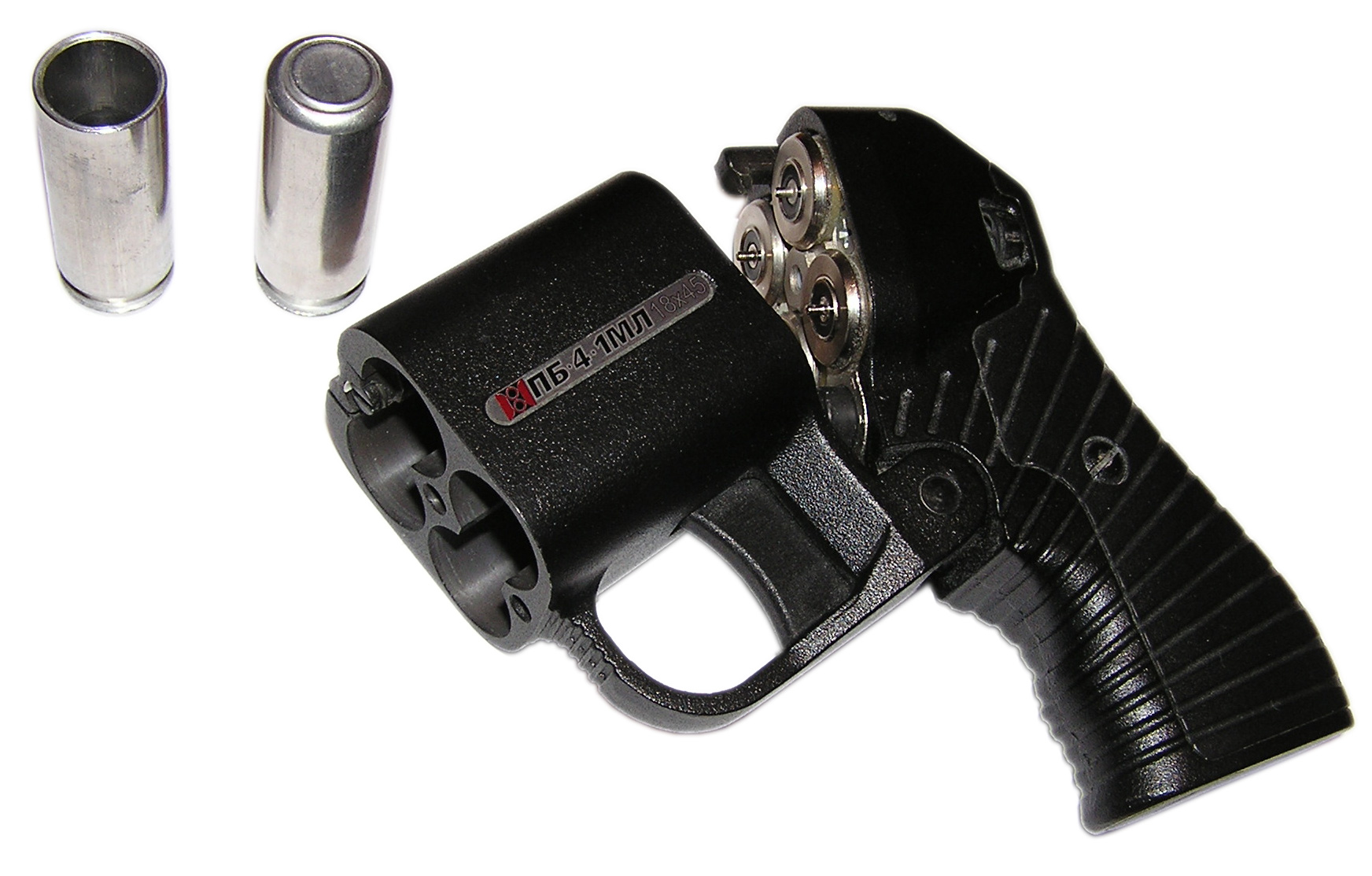 The WASP (Russian – OSA) non-lethal weapon system was designed in the late 1990’s in Russia and released in 1999. It was brought to market by various State-owned enterprises such as the Federal Center for Research and Manufacturing.

It is designed to accept various non-lethal rounds including rubber bullets (known as traumatic rounds), flashbangs, flares and can even be used as a starter pistol.

In Russia it is legally available to the civilian population. It’s also in use by various law enforcement agencies and private security companies. It is exported to several countries, including Germany, the Czech Republic, Armenia, several Middle Eastern countries and the United States.

The WASP is a break-action weapon, with four ‘chambers’. However, the pressures generated when firing are contained by the shell of the ammunition itself. The chambers just ‘seat’ the round. Electronic selection of chambers is available and the weapon can fire sequentially, but only fires ‘one round at a time’.

This weapon uses an electric impulse to ignite the primer on the cartridge to fire it. Some models use a battery, others a piezoelectric igniter.