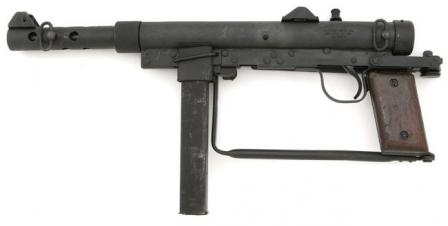 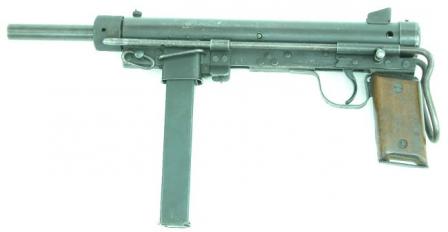 Port-Said submachinegun is a simple blowbackoperated, fullautomatic only firearm that fires from open bolt. The receiver is made from steel tube, the separate barrel jacket is also made from perforated steel tube. Despite the fact that Egyptean submachine guns used only one type of magazine, the 36-round double stack, double feed box magazines designed for Swedish M/45 submachine guns, they retained removable magazine housings of earliest Swedish submachine guns, which were intended to allow use of various types of magazines.The manual safety is made in the form of an L-shaped cut made at the rear of the cocking handle slot; it is used to engage cocking handle when bolt is in retracted position. The sights consist of front blade and flip-type rear sight, marked for 100 and 200 meters. Shoulderstock is made from thin steel tubing and folds forward and to the right.

Modifications.
Akaba / Kara:technically similar to the Port-Said but barrel has no jacket, side-folding butt is replaced with telescoped butt made from steel wire, rear sight is a non-adjustable aperture.