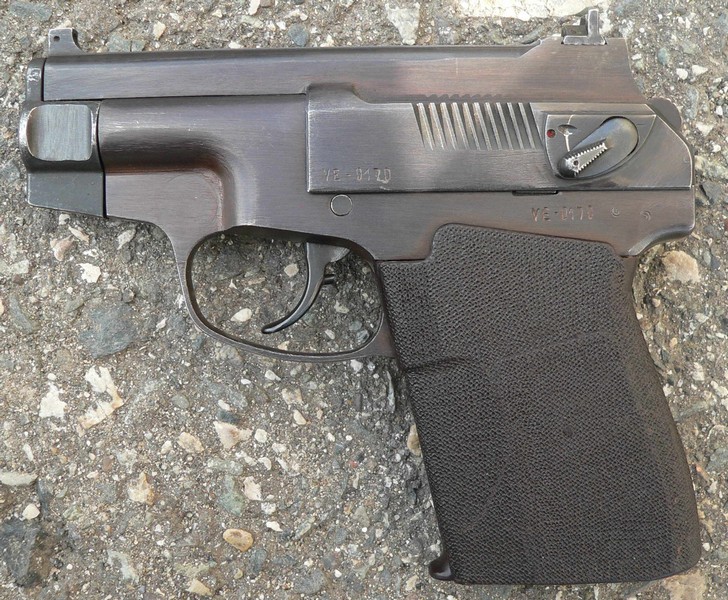 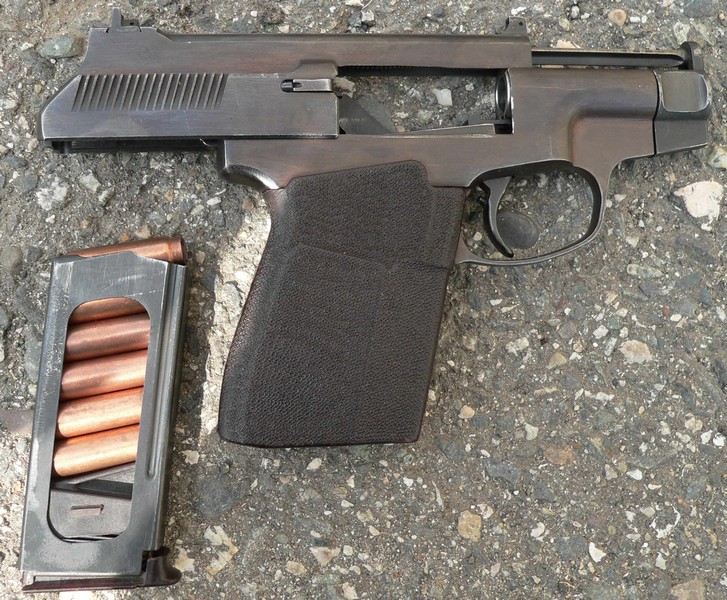 The PSS (Pistolet Sptsialnyj Samozaryadnyj – Special Self-loading pistol, official index 6P28) has been developed for special personnel of the Soviet KGB, as well as for elite elements of the Spetsnaz of the Soviet Army. Adopted circa 1983, it provided significant improvements in the firepower over the preceding 'special' designs such as MSP and S-4M two-shot silent pistols, while being much more compact and much more silent in action, than 'conventional' silenced pistols like Soviet PB or Chinese Type 67. At the present time the PSS is used by most elite Russian anti-terrorist teams.

The PB looks like the conventional blowback pistol, but it has some quite uncommon features. First, it has a two part barrel, with the separate rifled part, which is fixed to the frame, and the breech part with the chamber inside, which is allowed to recoil inside the frame for a short length against its own return spring. This recoiling part increases the weight of the moving parts at the initial stages of recoil, and also is used to slow down the slide on its final stages of movement, to dampen the sound of the slide hitting the stop on the end of the recoil cycle.  The slide return spring is housed in the slide, above the barrel. The double action firing mechanism with open hammer and slide-mounted safety/decocker is borrowed from the Makarov PM pistol. Sights are of fixed type. Magazine is a single stack and holds six rounds of internally suppressed, captive piston SP-4 ammunition.